Trinity Village, formerly known as The Newington Estate, was gifted to The Corporation of Trinity House in 1660. Mr Christopher Merrick conveyed the estate in trust to The Corporation, in return for seven years’ worth of rent – amounting to £1,694.

Christopher Merrick’s father originally owned the estate after it had been the property of the Bostock family, who had taken ownership during the reign of Queen Elizabeth I and were the first owners recorded as holding a complete parcel of land. Until that time, various parts of the estate had belonged to different owners – including St Thomas’s Hospital.

Christopher Merrick, a merchant, became a Younger Brother of the Corporation in 1660; his vision for the estate trust was "for Relieving, Comforting, Easing & Maintaining of the Poor Aged Sick Maimed Weak and Decayed Seamen and Mariners of this Kingdom, their Wives Children and Widowes where most need was." 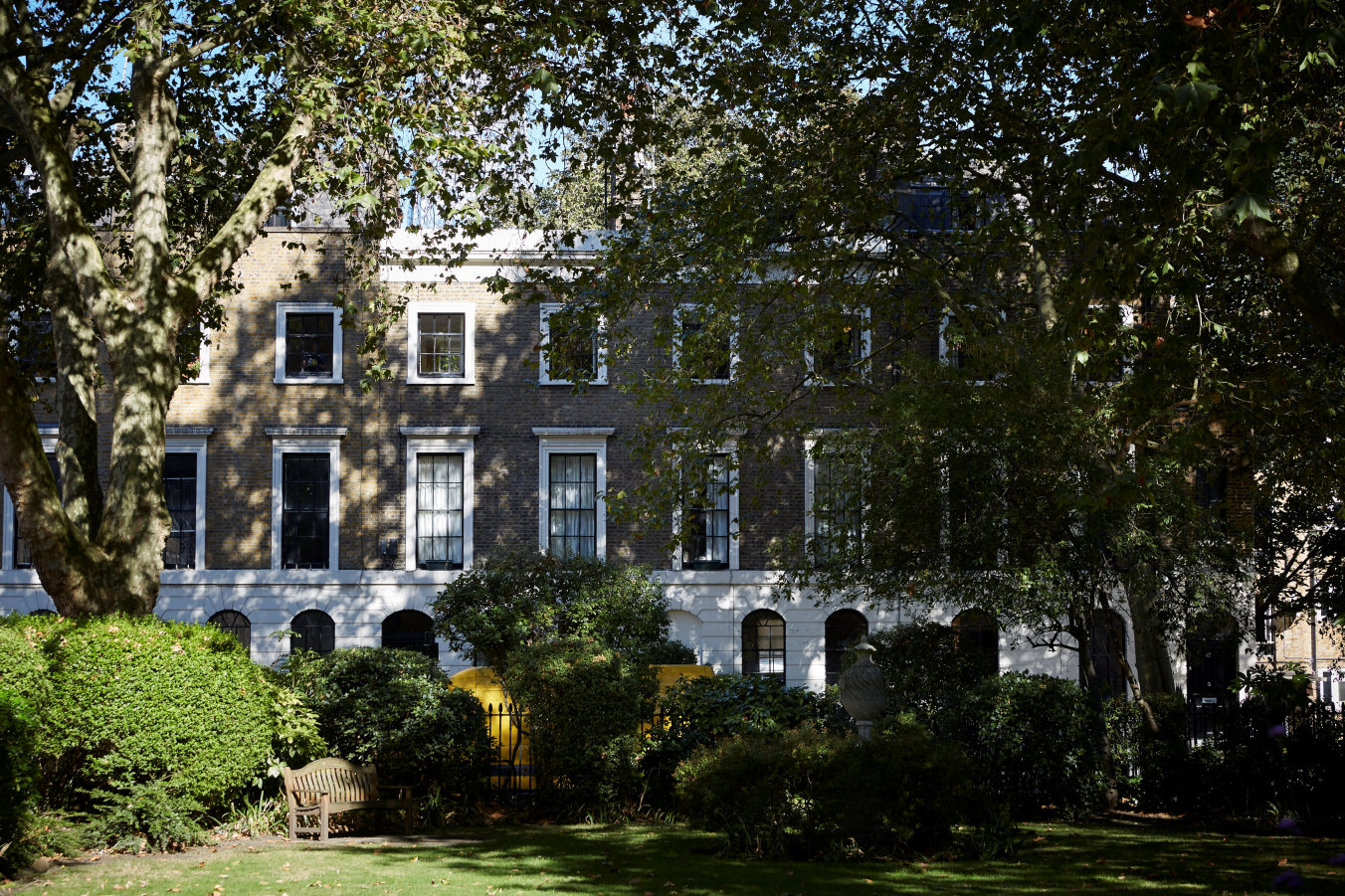 As was customary at the time, dinner with The Corporation and six bottles of fine wine acknowledged Mr Merrick’s generous gift, and aimed to ‘encourage’ a further gift of property through his will. However, it was not to be, and since the time of Mr Merrick’s legacy, the area of Trinity Village has remained (give or take the odd sale or purchase) as it was then.

The Newington Estate originally consisted of commercial land without residential buildings, which came later through a series of development projects. Instead, the land was used for grazing and agriculture, with fruit trees along Harper Road (then known as Horsemonger Lane) and for crops of kale, mint and horseradish between Harper Road and Great Dover Street.

It was also known for its tavern businesses, including the Swan Inn and brewery at Swan Street, and for the stables at Cole Street which supplied the horse fairs at Horsemonger Lane: "providing mares for Flanders".

Eventually, the estate began to be developed for residential property, starting with Trinity Street in 1813 (formerly known as Great Suffolk Street East), Trinity Church and Trinity Square; while Swan Street and Cole Street were developed between 1820 and 1830. It wasn’t until building was completed across the Village that the owners were granted permission to undertake the paving, lighting and general cleaning of the streets.

The properties themselves were built in the style of the later Georgian period with their distinctive exteriors and neo-classical features. Although there was never an overall vision for the Village, the various builders involved in the development were required to have plans approved by The Corporation to ensure the style of the houses remained consistent.

From the mid-1800s into the early 1900s, much of the property in the Village continued to be used for industrial purposes, although The Corporation was clear that newly built properties should be designed as homes.

Famous examples of businesses in the village are Lazenby’s pickle factory (1861-1926) and the Surrey Dispensary which moved into number 32 Falmouth Road from Great Dover Street in 1927.

Trinity Village was granted official status as a conservation area in the 1960s, and to this day continues to reflect the old heart of London with its beautiful architecture and garden squares.

The Trinity Village office is manned by a small and friendly residential lettings team from Knight Frank and a reliable on-site contractor, Sykes & Son. They assist residents with day to day queries as well as supervising lettings for residents coming into the village.

The development of the estate began with the formation of Trinity Street (previously Great Suffolk Street East) in 1813–14 and the construction of now Trinity Church Square (previously Trinity Square) between 1824 and 1832.

Trinity Church was built in 1824 by builder and stonemason William Chadwick. The church became disused in the 1960s and was later resurrected as Henry Wood Hall which is used as rehearsal rooms for the London Philharmonic Orchestra.

Thirty-two houses were built on Merrick Square by 1856. Holy Trinity Rectory was built in 1872 (between nos. 16 and 17) to house the rector of Holy Trinity Church, and later repurchased by Trinity House for let to Great St Helen's Church, Bishopsgate. Merrick Square is still composed of single houses.

Surrey Dispensary was established in 1777 to give medical help to local people, The Surrey Dispensary continues to offer charitable support to this day. It moved to Trinity Street in 1927, and moved away from the village again in the 1970s, allowing the building to be converted into a house.

Cole Street was developed between 1824 and 1830 to include houses (only nos. 18–24 remain); a warehouse originally used for hops and then by Wallins tin box factory (now 28 Cole Street) and a chapel (now 26 Cole Street). Between Cole Street and the north side of Trinity Church Square there were stables (Horsemongers Mews). 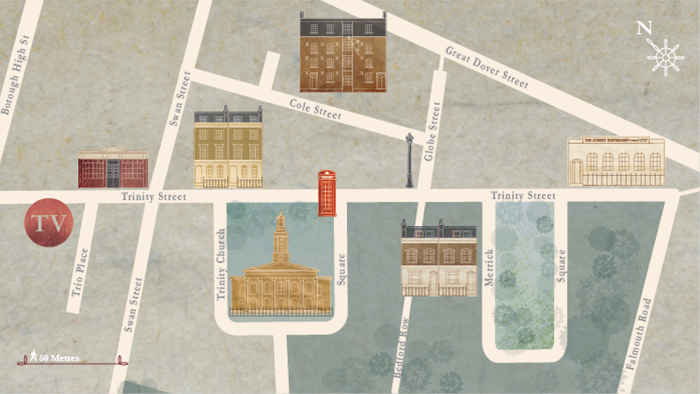 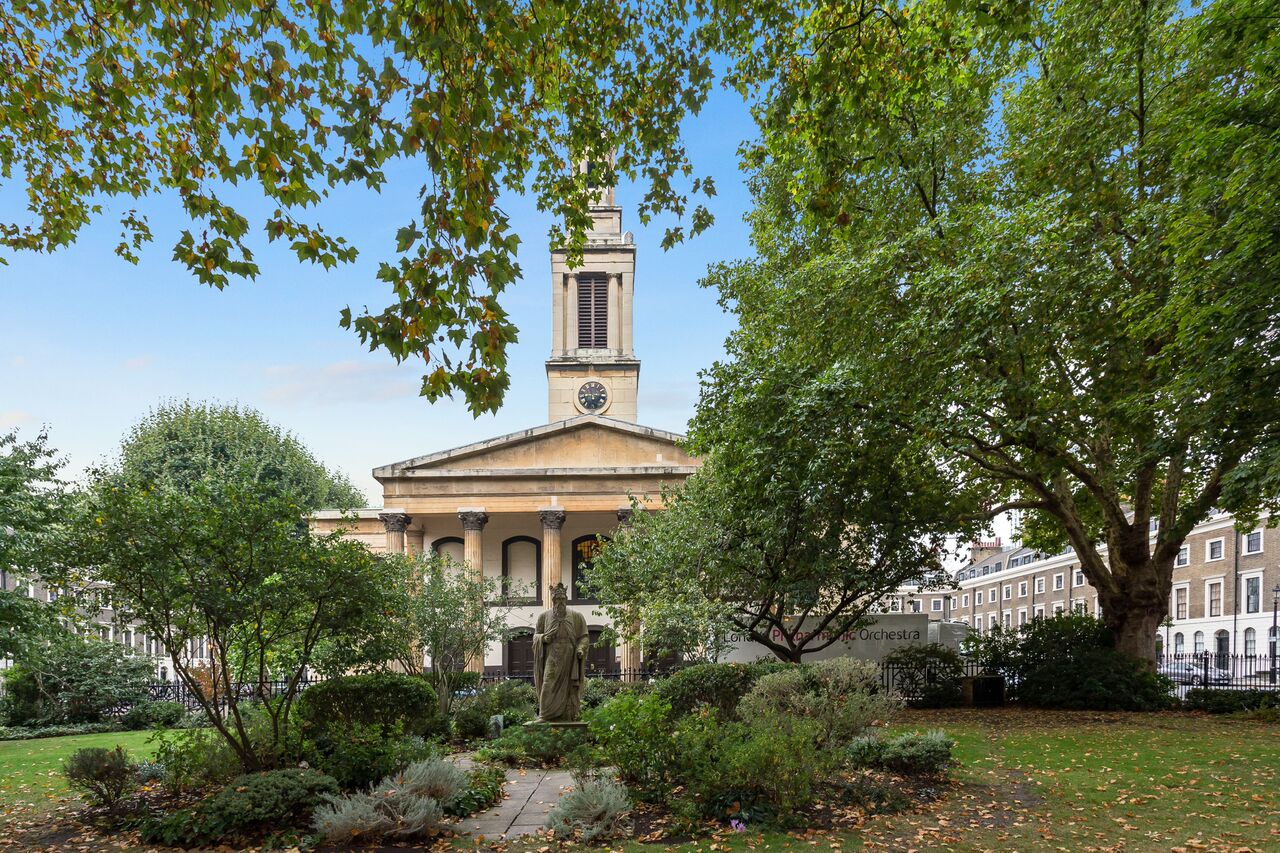